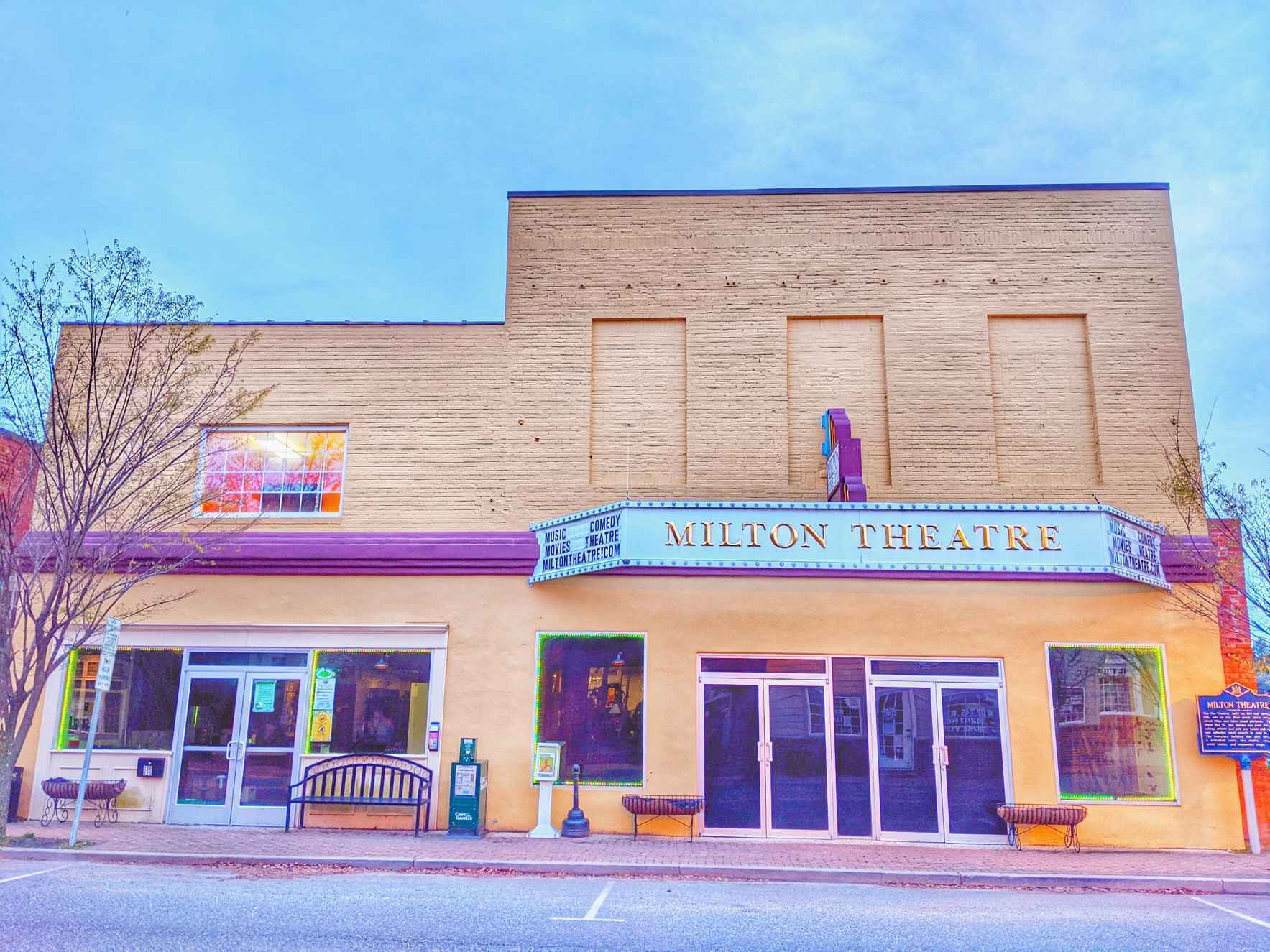 Take Your Seat in History

Get Your Name On One Of Our New, Modern, & Comfortable Seats!

The Milton Theatre, located in historic downtown Milton Delaware, has had an illustrious history in its more than 100 year existence. Erected circa 1910, the two-story building served, at one time or another, as the town’s movie theatre, basketball hall, fire station, social center & community stage. Various retail businesses & restaurants also thrived there. It has survived 3 major fires, countless “nor’easters”, and decades of neglect. But now, it proudly stands as a hub of artistic culture, not just to the town of Milton, but to the Delmarva Peninsula.

Since its reopening five years ago, the Milton Theatre has been a catalyst for the flourishing arts and entertainment scene in the region. With this followed renewed vigor and energy from patrons, whom in every capacity, have contributed to its continued success as an entertainment venue for all ages. Currently hosting more than 320 events this year, the Milton Theatre is now considered the gem of the DelMarVa Peninsula. As it celebrates its upcoming 6th year anniversary, the theatre is gearing up for a $2.5 million capital campaign that will take the venue to the next level. 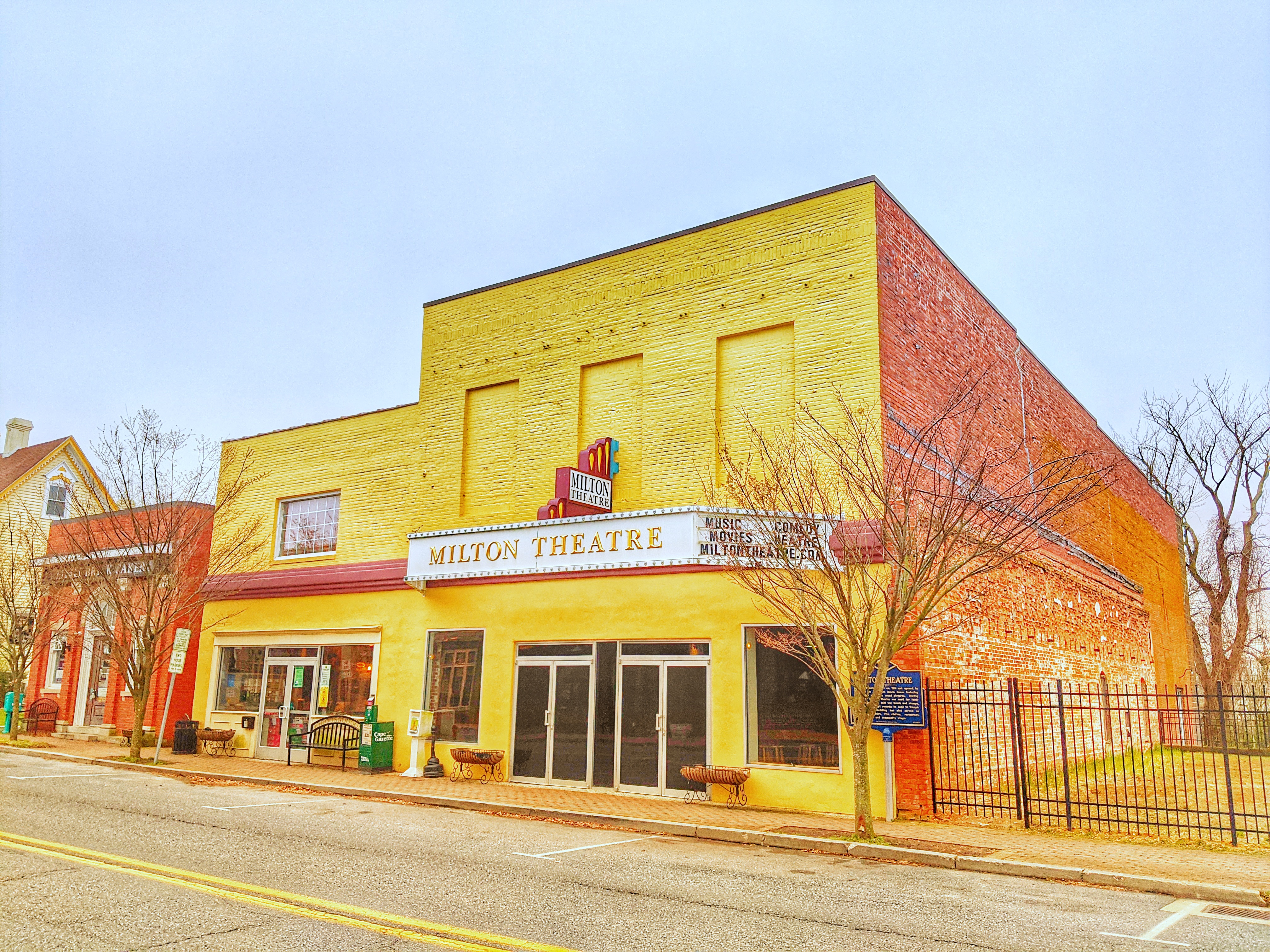 The launch of “The Milton Theatre Renaissance Initiative” will be the next page to the storied existence of the Milton Theatre, and will solidify its legacy for future generations. This capital campaign aims to raise funds for the next 3-5 years and will bring significant changes to its structure.

From its beginnings as a movie theatre, this 110-year-old building has survived numerous nor’easters, 2 major fires, and at one time or another, as the town’s basketball hall, fire station, restaurant, retail store, social & community stage. The Milton Theatre is now poised for yet another reinvention, a new page that will cement its legacy and assure its status as a premier arts and entertainment venue for generations to come.

Consider a tax-deductible donation to the Milton Theatre today! 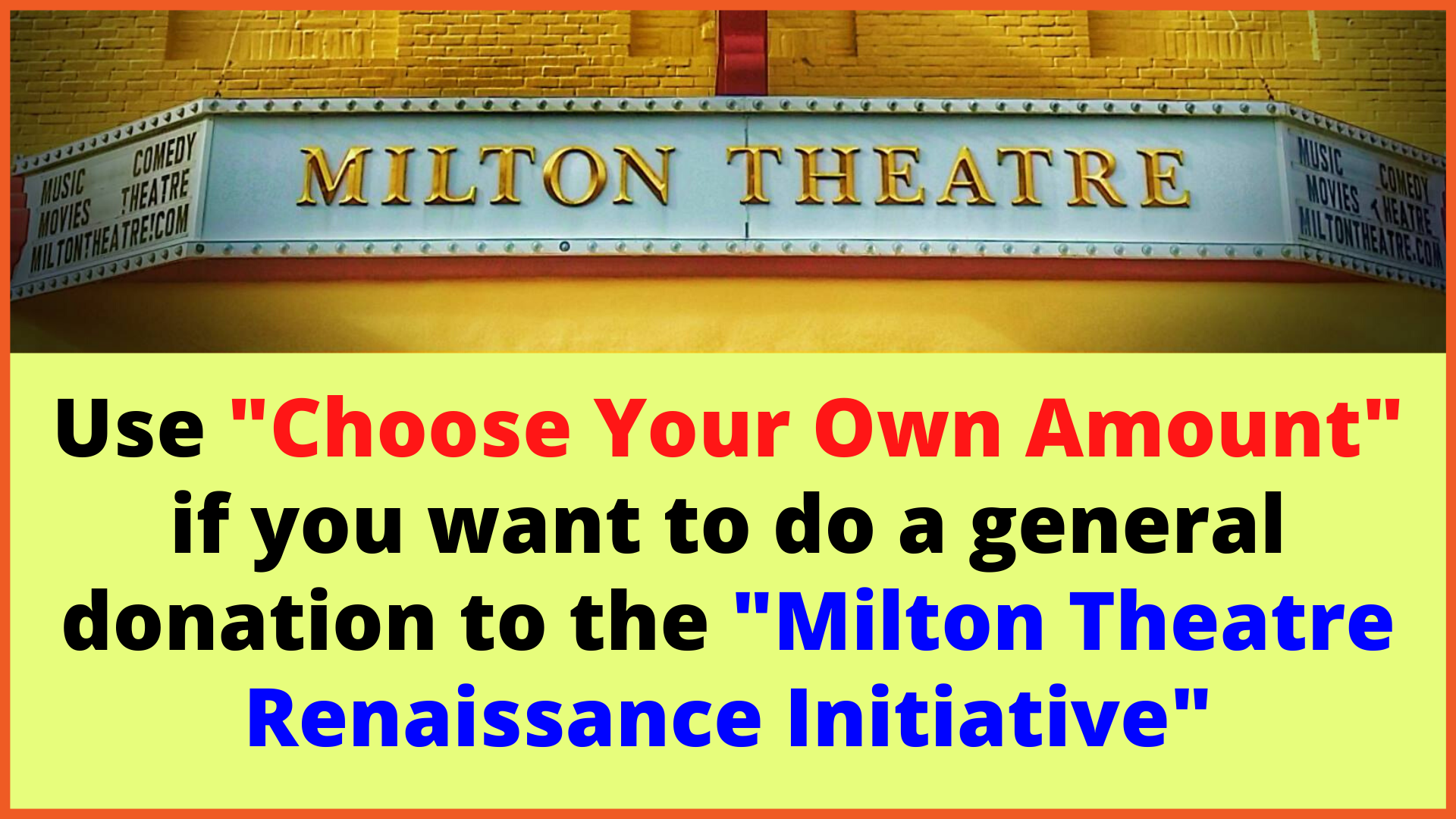 You can leave a lasting legacy and further our mission by pledging your support.

THE MILTON THEATRE IS A 501 C3 NON-PROFIT ORGANIZATION. ALL DONATIONS ARE TAX-DEDUCTIBLE IN ACCORDANCE TO REGULATIONS.